Showing posts from September, 2019
Show all

Threats to the Everglades! 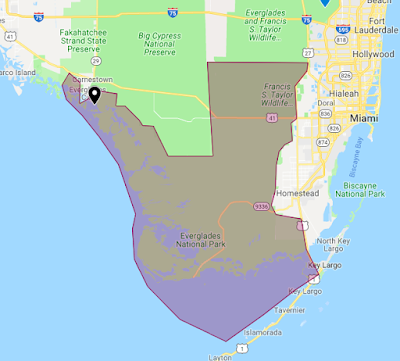 At 2,357 square miles, (1,508,537 acres), the Everglades represent the 10th largest National Park in the United States. On the map below, you can see a rough estimate of the perimeter of the park. Although most of the protected area is swampland, the boundary for the Everglades also encompasses a lot of the coastal seas, including coral reefs and mangrove biomes. Most of the Everglades is at or near sea level, with the highest natural point being about 8 feet above sea level. There is one area, a shell mound built by the Calusa Native Americans, that sits on the 20ft mark (pictured). You can see that the City of Miami to the East is a possible threat to the Everglades, because the close border to the National Park prevents expansion, and is a hot spot for human wildlife conflict.
2 comments
Read more