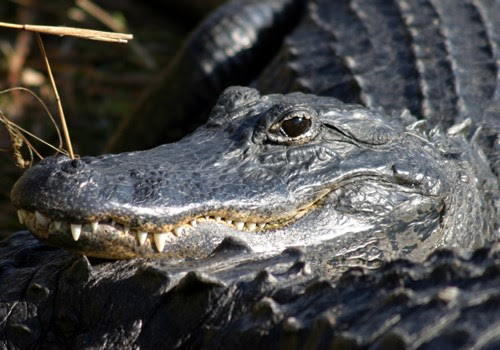 Throughout this semester, I have revealed the impacts that the Everglades has withstood as the result of man. Here is a slightly more optimistic article about alligators, which are now thriving after successful conservation efforts! (NPS) Driving along the long, straight, roads through Everglades City, Florida, it’s difficult to miss the characteristically large, dark shape of an alligator sunning itself along the banks of the bordering wetlands. As an apex predator and keystone species, the relative abundance of this large reptile is not only a cherished sight for the many visitors who explore the Everglades annually, but a vital part of maintaining the delicate wetland ecosystem. Although now numbering in the millions, the American Alligator was once almost wiped out from it’s range in the Southeastern United States. It took the combined effort of conservationists and federal/state governments to guarantee the future of this remarkable species for generations to come.  Wit
Read more